FastText is being distributed under BSD licence, which means you may modify the source code, and use it for your private projects, distribute it and also use for commercial purpose. But keep in mind that it comes with no warranties and liabilities. You should never point back to its developers or facebook if you mess up things during its inclusion in your project. 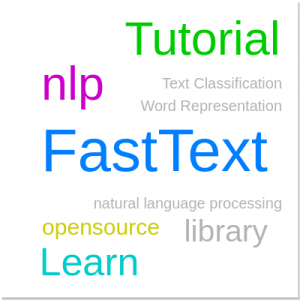 Currently FastText could be built from source on Linux distributions and Mac OS. For compiling the sources, it requires either gcc-4.6.3 (or newer) or clang-3.3 (or newer), python 2.6 or higher, numpy and scipy.

There are a series of sections on FastText to help you understand the different modules present in the FastText library and help you get started using this in your own projects.

FastText library provides following capabilities [ FastText command_name is provide in the bracket] through its tools.

FastText provides following commands for all the required functionalities like training, testing etc., in Text Classification :

Vector representation of words, in a language, captures information like analogies or semantic. Also this technique of word representation as a vector is being used to improve text classifiers’ performance. Therefore, Word Representations Learning works as an aid to Text Classifiers in increasing their performance.

FastText is being used by Facebook in optimizing the advertisements for its users based on the users’ posts and status updates. FastText is obtaining a lot of traction in the natural language processing community. Also with the wide user base of Facebook, it is really taking advantage of the data flowing into its data servers to create better and diversified models required for sentiment analysis and text classification. And this FastText Tutorial will help you to get started and learn the capabilities provided by FastText library.