Following is a flow diagram depicting the flow of execution around and in an if..else if…else statement. 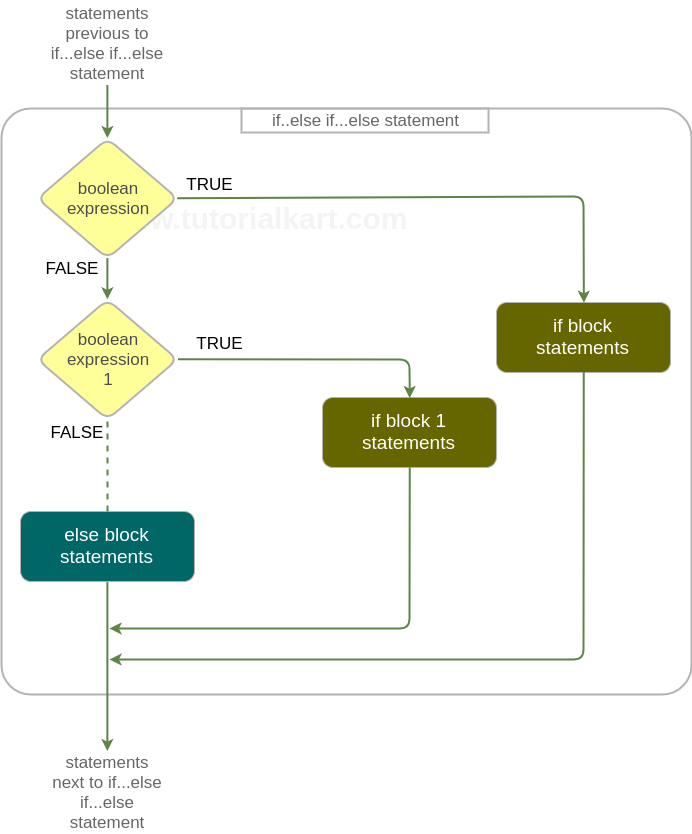 Last else block is optional. But if you want any default code to be run in case any of the above if blocks do not execute, else block would serve as default block.